Ad: Buy Girls Und Panzer Merch from Play Asia!
Strong showings in this lot but the one that edges it for me is Mieruko-chan! This series is becoming one of the hotter shows of the autumn season and I am not saying this because of the fanservice! XD I am generally leery of horror/comedy but this one manages to nail the balance quite brilliantly. A monsta pick this series is. 86 continues on its strong start and while the third episode was good the fourth "cooldown" episode was a bit of a let down however this reflective episode did have a lot of ominous signs suggesting we are onto something big very soon. Meanwhile Yuuki Yuuna whilst not as good as the first two has improved with its greater action and tension which is all adding up to some big climax that will come soon enough... 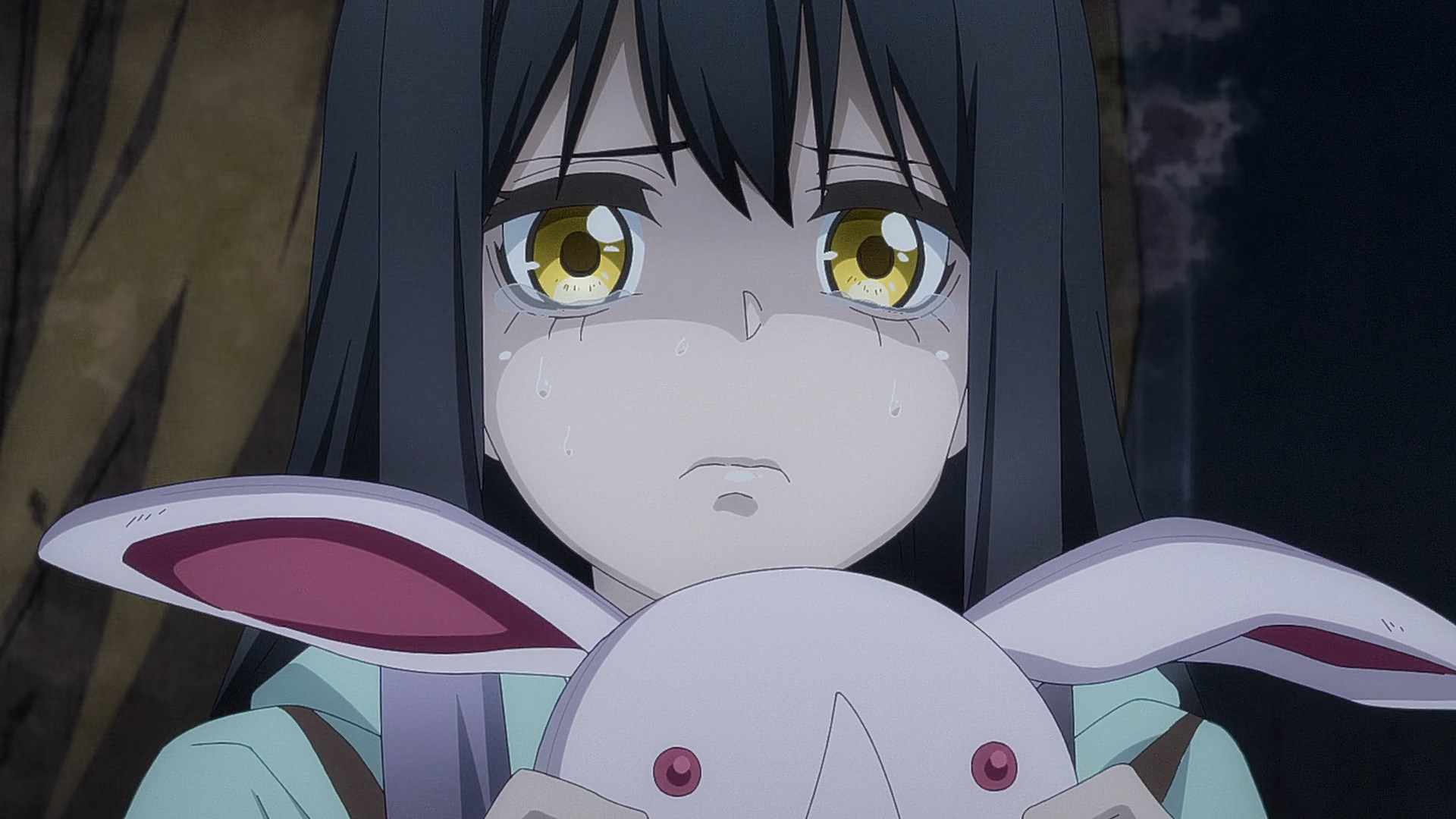 Mieruko-chan​
Is it me or does look like our Miko-chan has had a few sleepless nights? The girl looks pretty exhausted! The third episode was a strong one as the we get treated to a mixture of horror/suspense and comedy that is combined with some finesse as the contrasting moments never ruin the mood. I didn’t think it could be done but the mix of creepy music and the slight change in scenery was excellently done to build suspense. It is reminiscent of the opening episode which had me on my toes with its bus scene. The drama continues as Miko reaches her destination and here we are confronted with horror and a dose of comedy. It is all nicely done so don’t think the two can’t be mixed.

The second half of the episode follows a different arc as we are dealt a new card, discovering there is more supernatural phenomena going on… What will come from this and what future event will we get from here? That is the question. Meshed in all these questions is the usual mix of spirits and with Hana being there you can tell there will be some amusing moments here. But again, there is a reveal of sorts…

What makes this comedy/horror mix works so effectively is the way Miko reacts to these spirits. It is priceless and once again we get a showcase of how great this can be with her late-night excursion. What happens here is great but the drama that comes later from this event is also comical. It is funny but is also kinda sweet how the character is so tight with Miko. It seems like a trend but we get confronted with something new once more near the episode’s end. It is does not stop there as Mieruko-chan is making a habit of throwing a little something at the end credits. Worth a watch as new light is shed on an earlier scene from the episode!

After watching four episodes I can say this is one to watch. I didn’t quite think the comedy and horror could gel quite this well but the combination of Miko’s reactions and the well placed eerie music has done a great job in getting this balance just right. If you were fearful about the fanservice taking over then rest assured that the fanservice, while present, is not featured very heavily. Because of this I recommend this show to most viewers and rate this a 8/10. 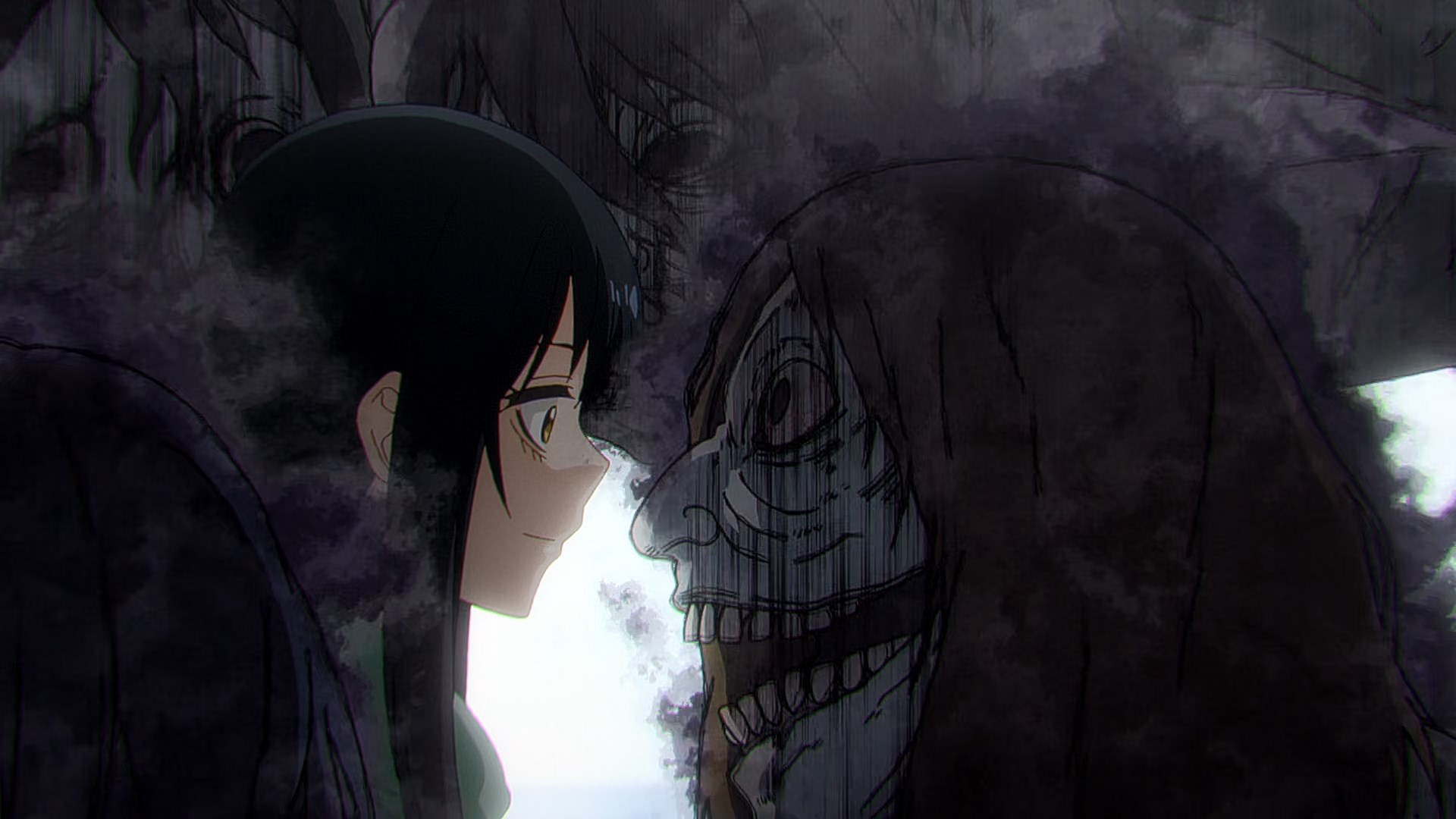 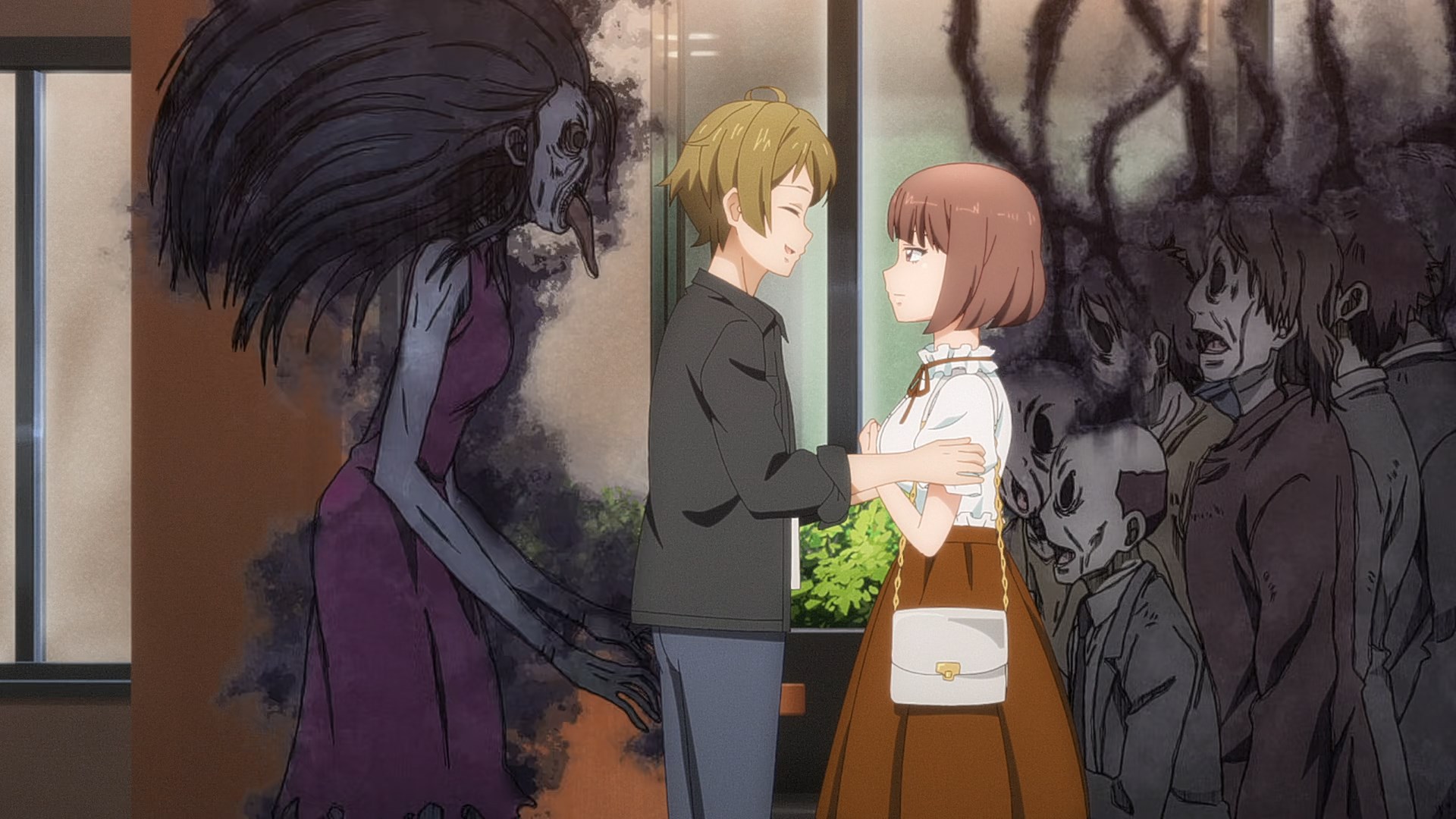 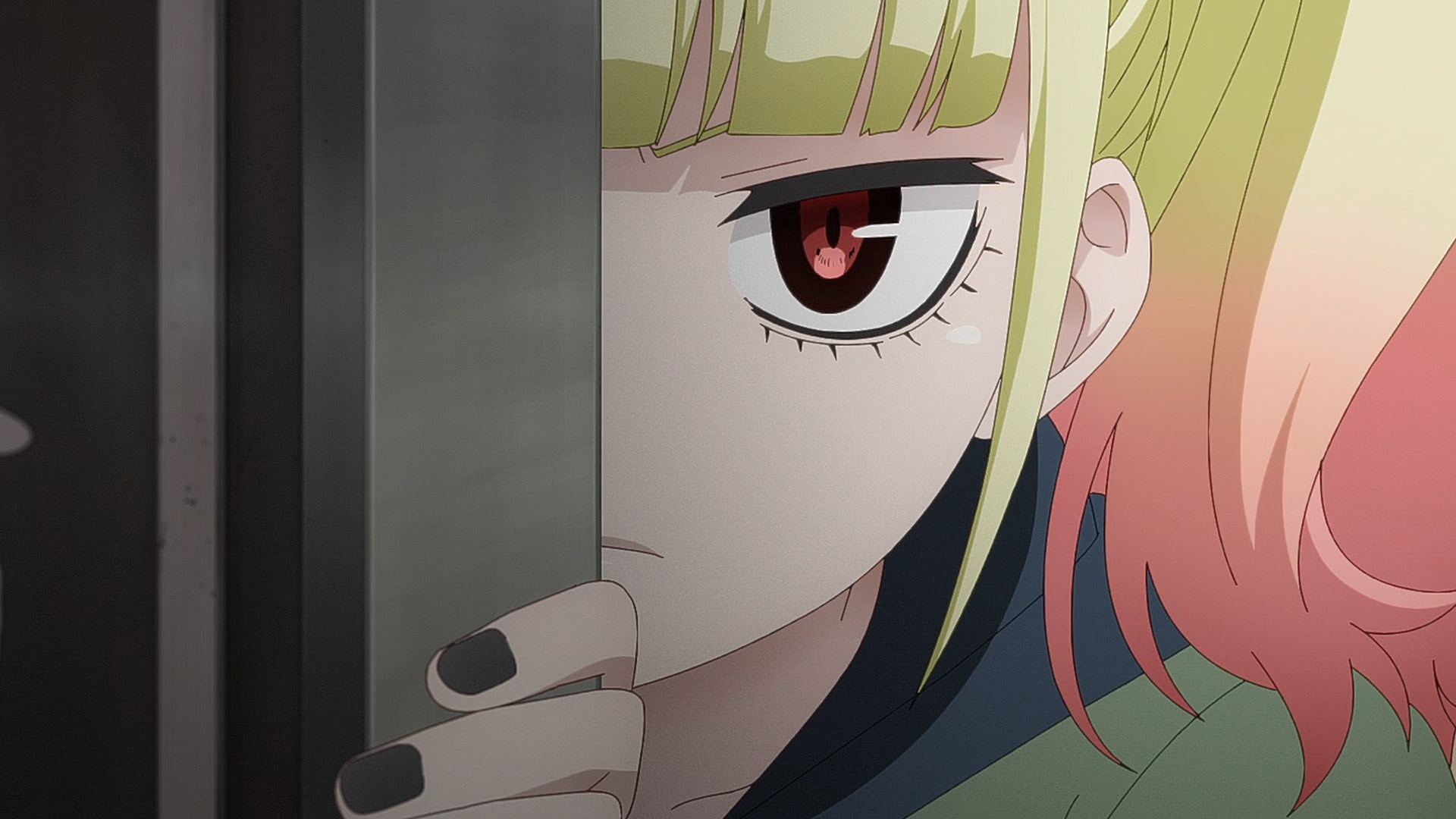 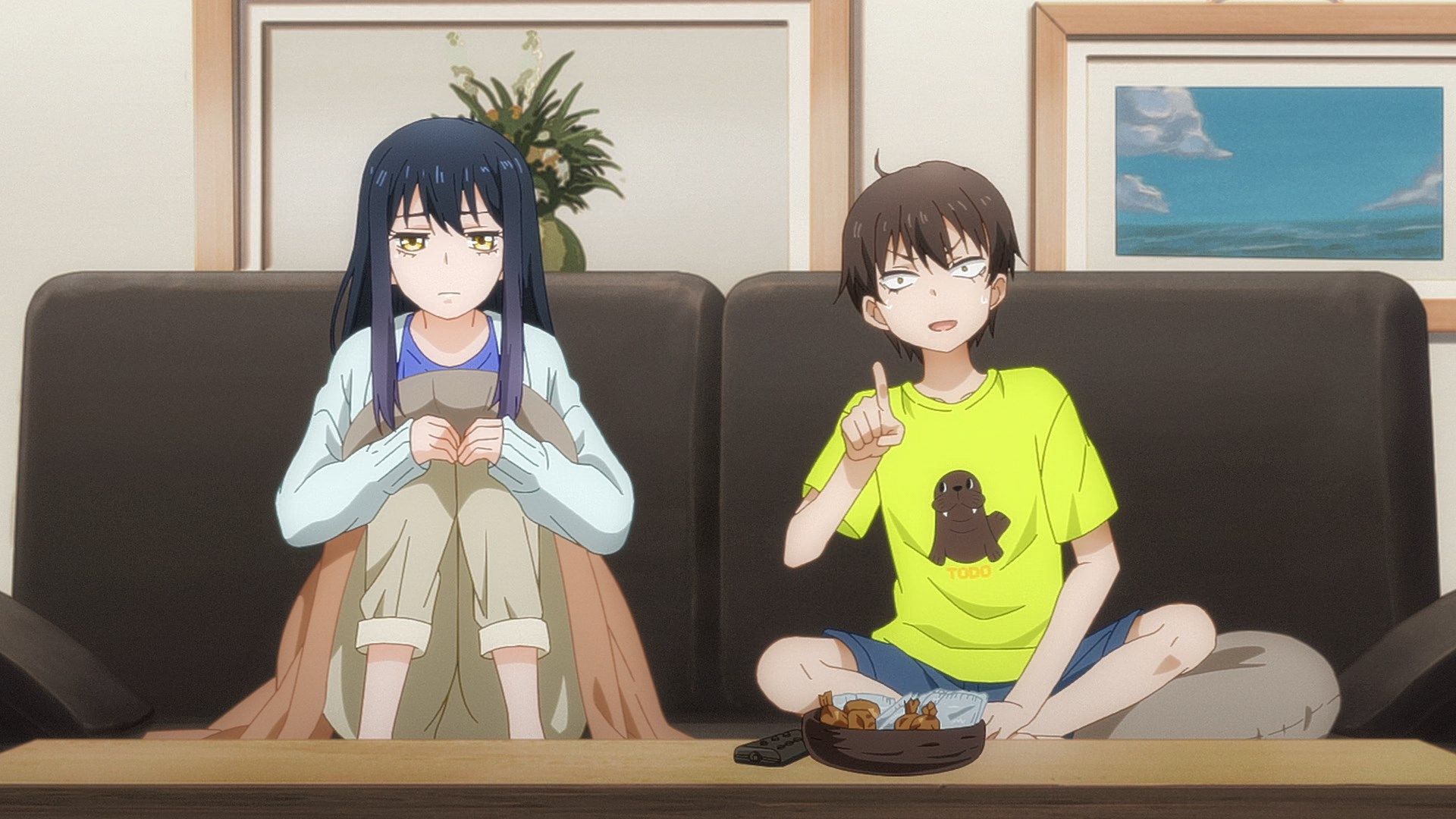 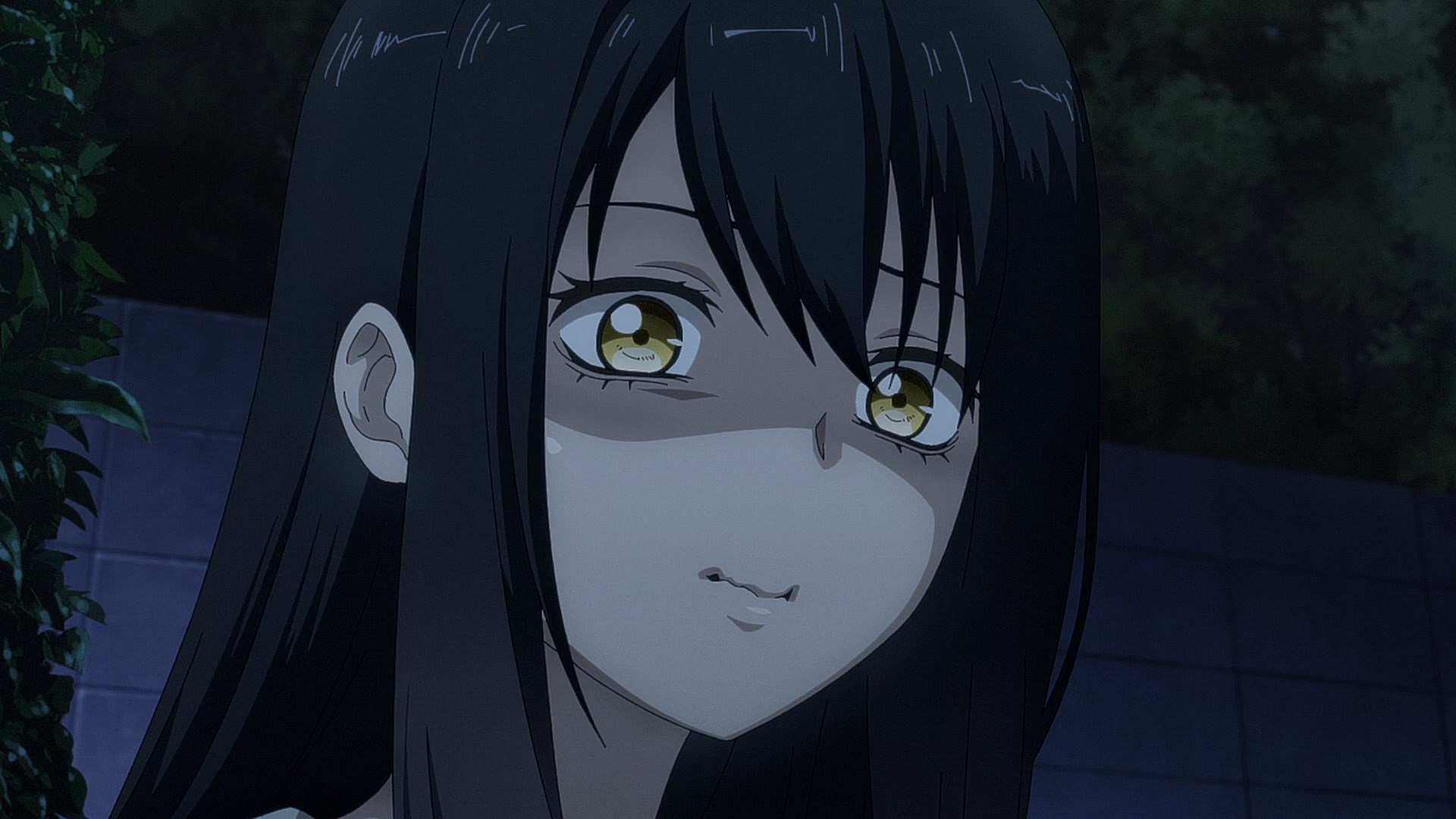 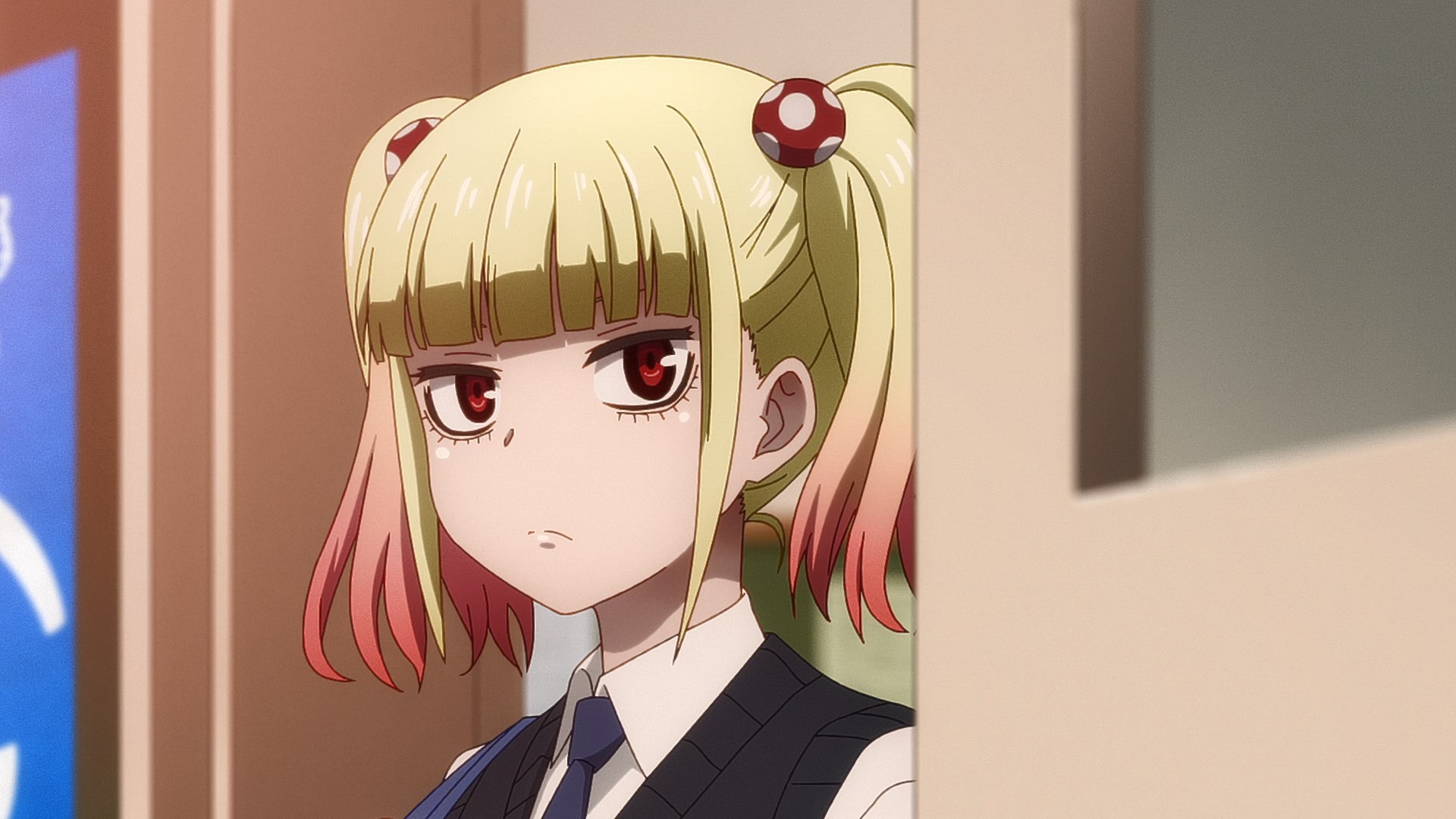 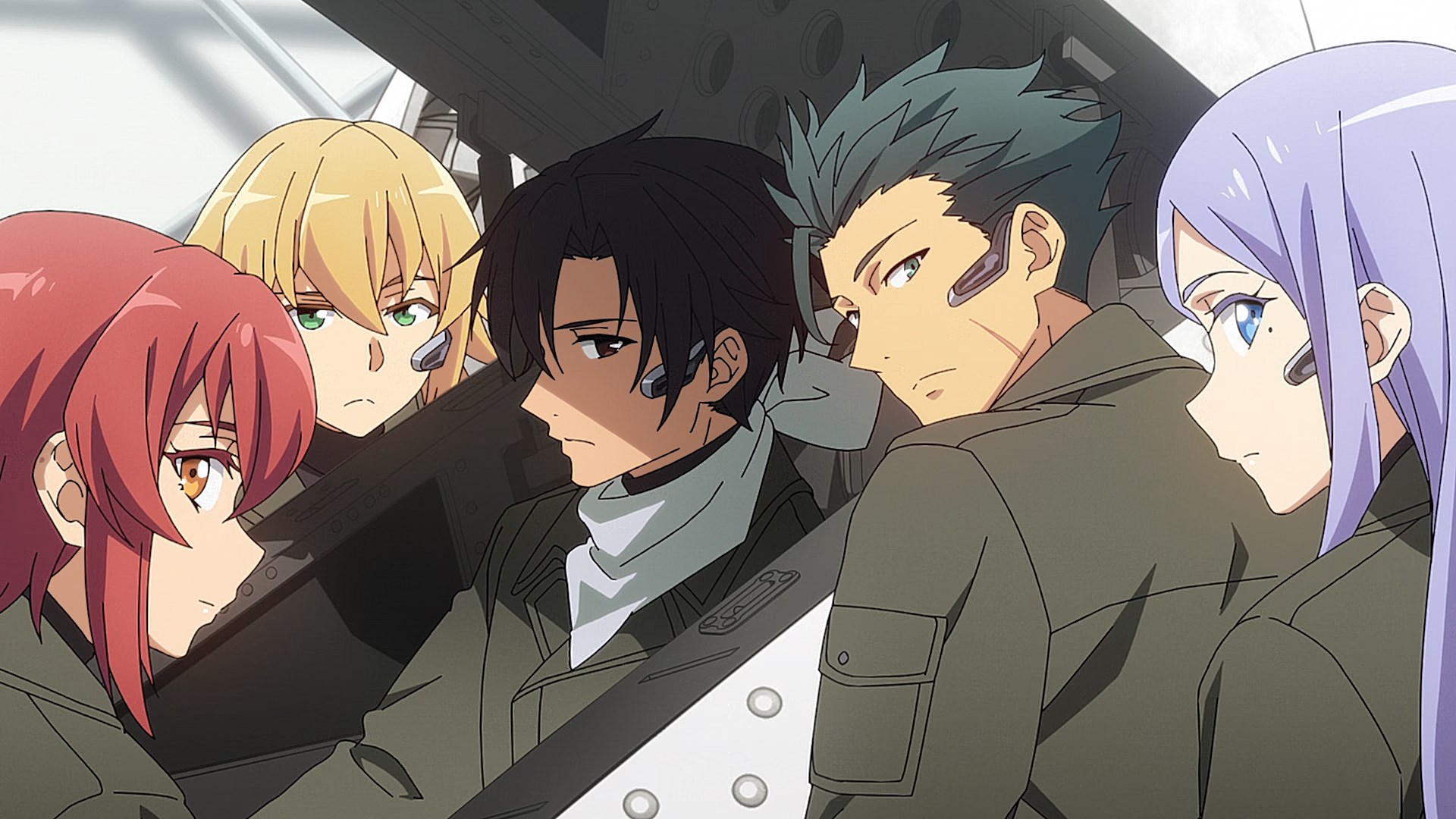 Eighty-Six part 2​
Things take a more familiar turn as we see the Eighty-Six crew join the Giad army and begin to engage in battles once more. As expected, we get some more action but the more memorable bits will come from the down time moments as we see a number of things that could bear some significance later on. The direction of war seems like the biggest point and I have to really wonder what is up with the Legion’s automated units that this team fought earlier. The horde of robots seems endless… But there are bigger things afoot that will leave viewers pondering. Beyond the dynamics of the war, we also get the reactions of the Giad army which could perhaps add an extra spice to the story. Finally, we are introduced to another mascot, although this one is not nearly as memorable to our other recent addition.

The fourth episode is a build-up as it provides greater context to the upcoming battle that appears to be one big epic fight. What becomes clear is there is more than meets the eye with the war and the image the Giad Empire is projecting. The outcomes to the battles shown previously alluded to this but the disconnect is explicitly stated this time. There is a powerful scene that viewers need to pay attention due to the number of key details covered. Lots of good stuff there but the hint of some imminent catastrophe is the most pressing. Is this disaster for the Eighty-Sixers or members of the Giad Empire? That is anyone’s guess some foreshadowing points made for sure.

The take home point I got from the first four episodes of part two of Eighty-Six is this part of the anime is largely story driven unlike part one which was really a character examination of Lena and Shinei. It is a welcome change but with nothing material actually kicking off as of yet I can’t say whether Eighty-Six will deliver on its promise. What I can say is the second part is definitely better than its predecessor but considering its heavy war/military footing this series will not, at this moment, gain universal appeal so the score remains 7.5/10. If this genre is your thing, then add a point to the score. 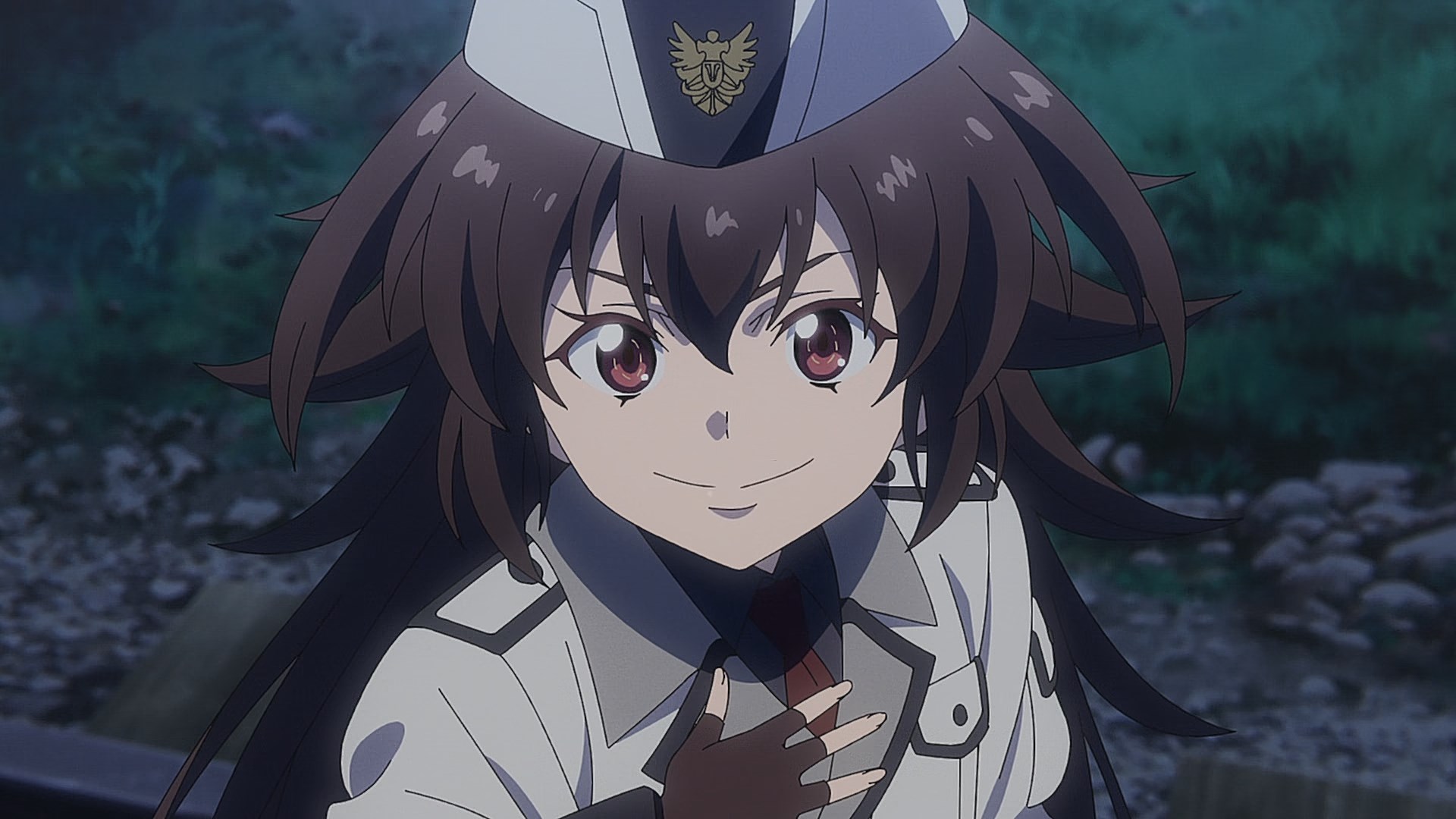 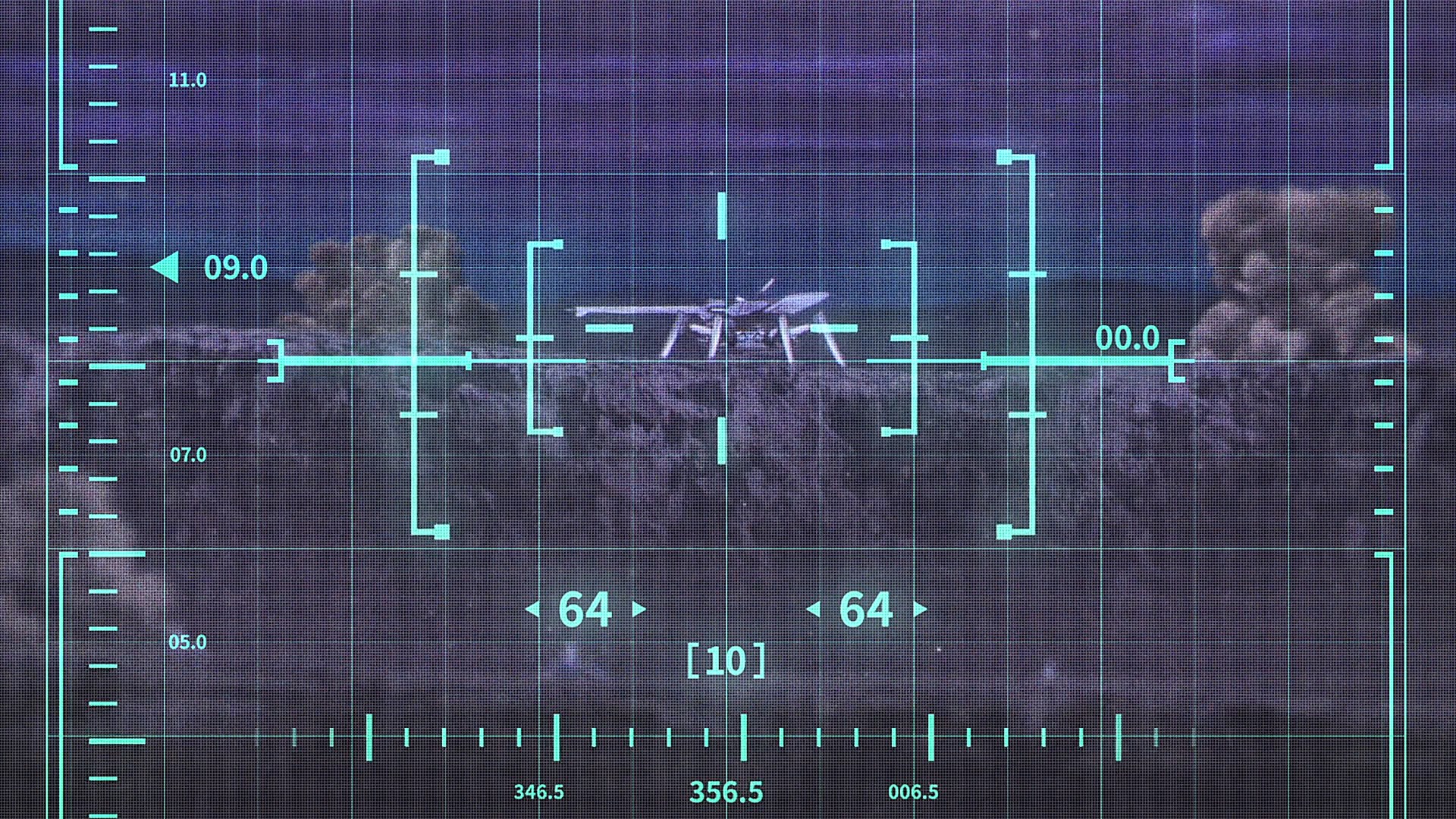 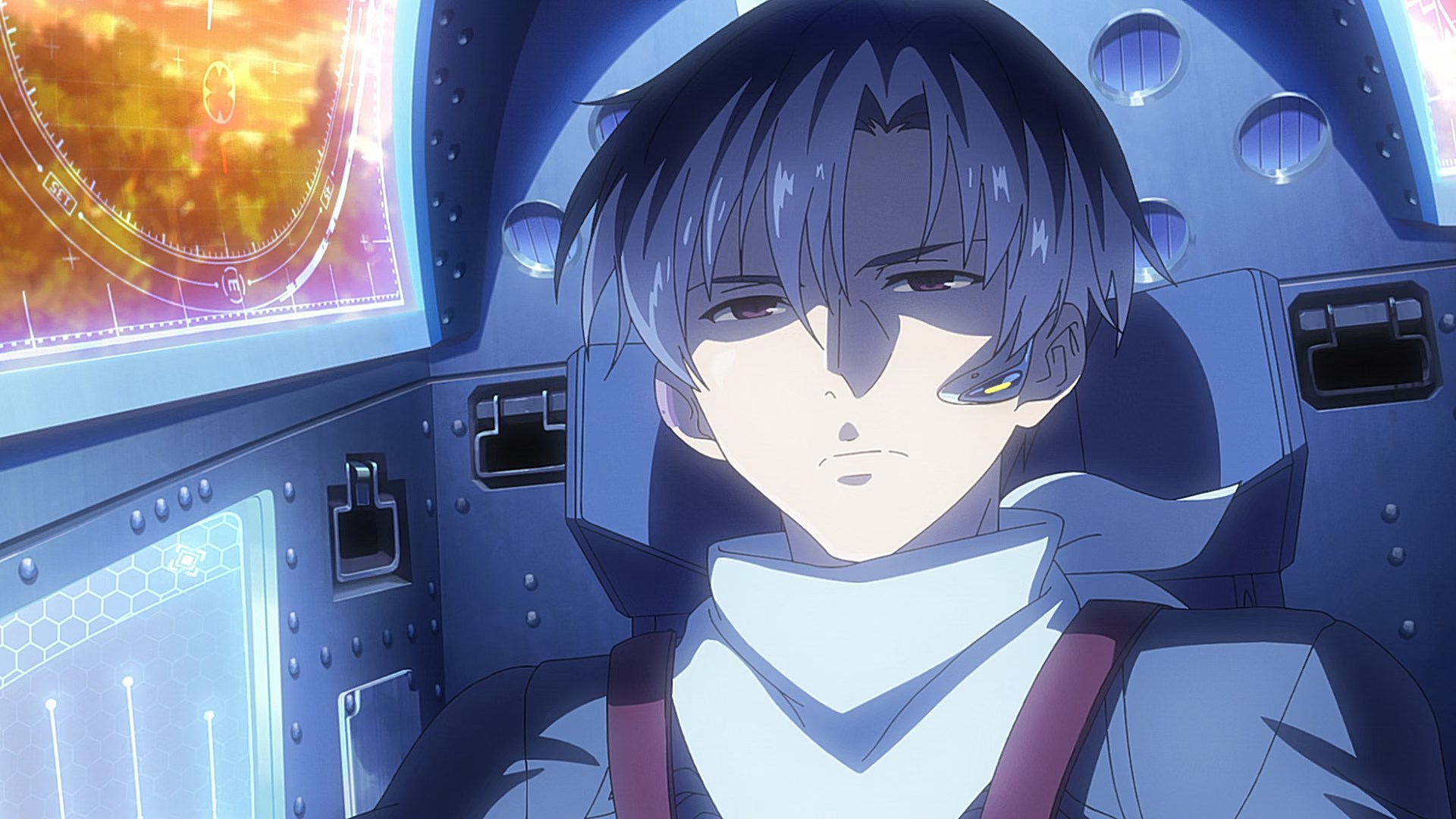 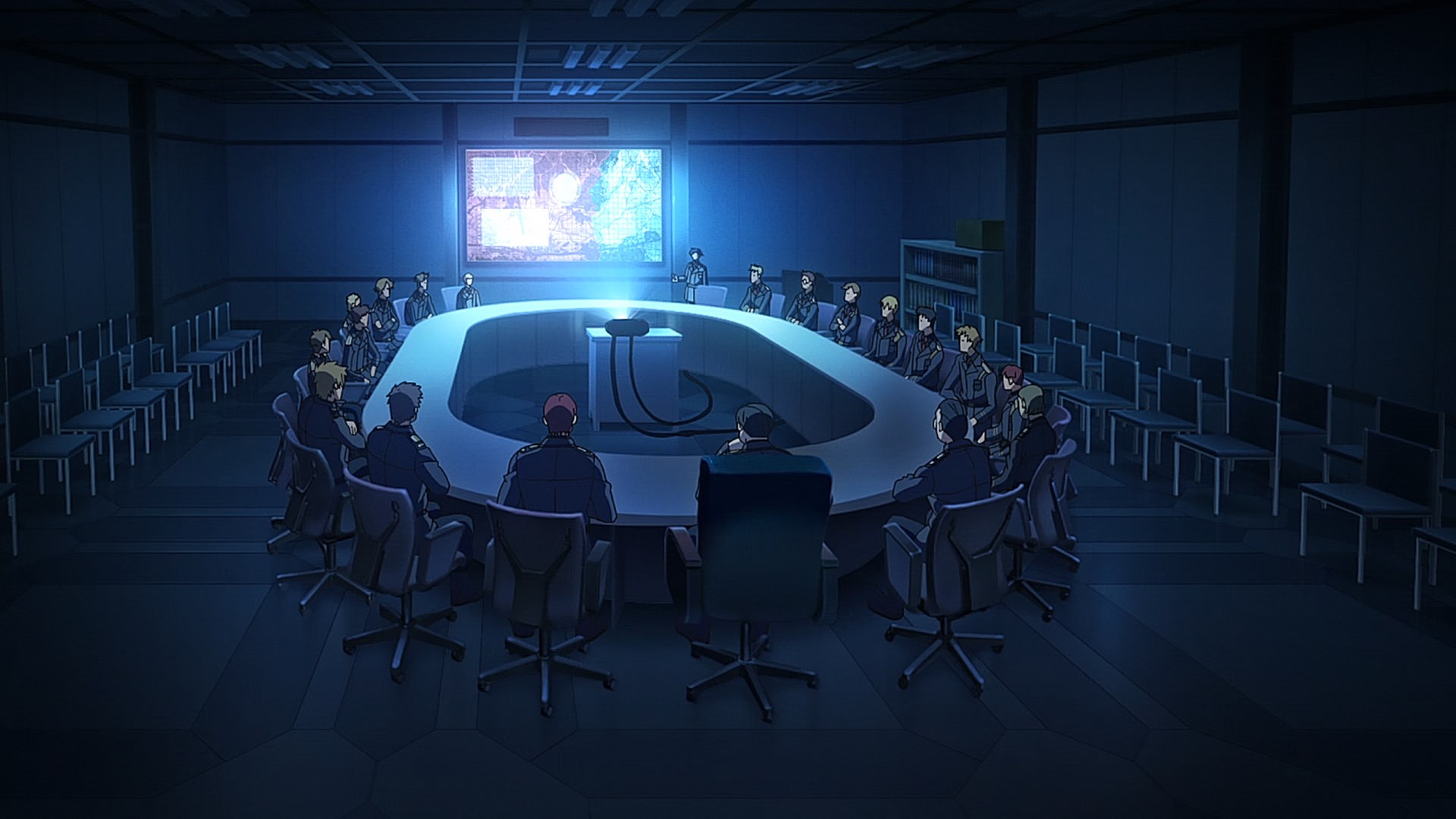 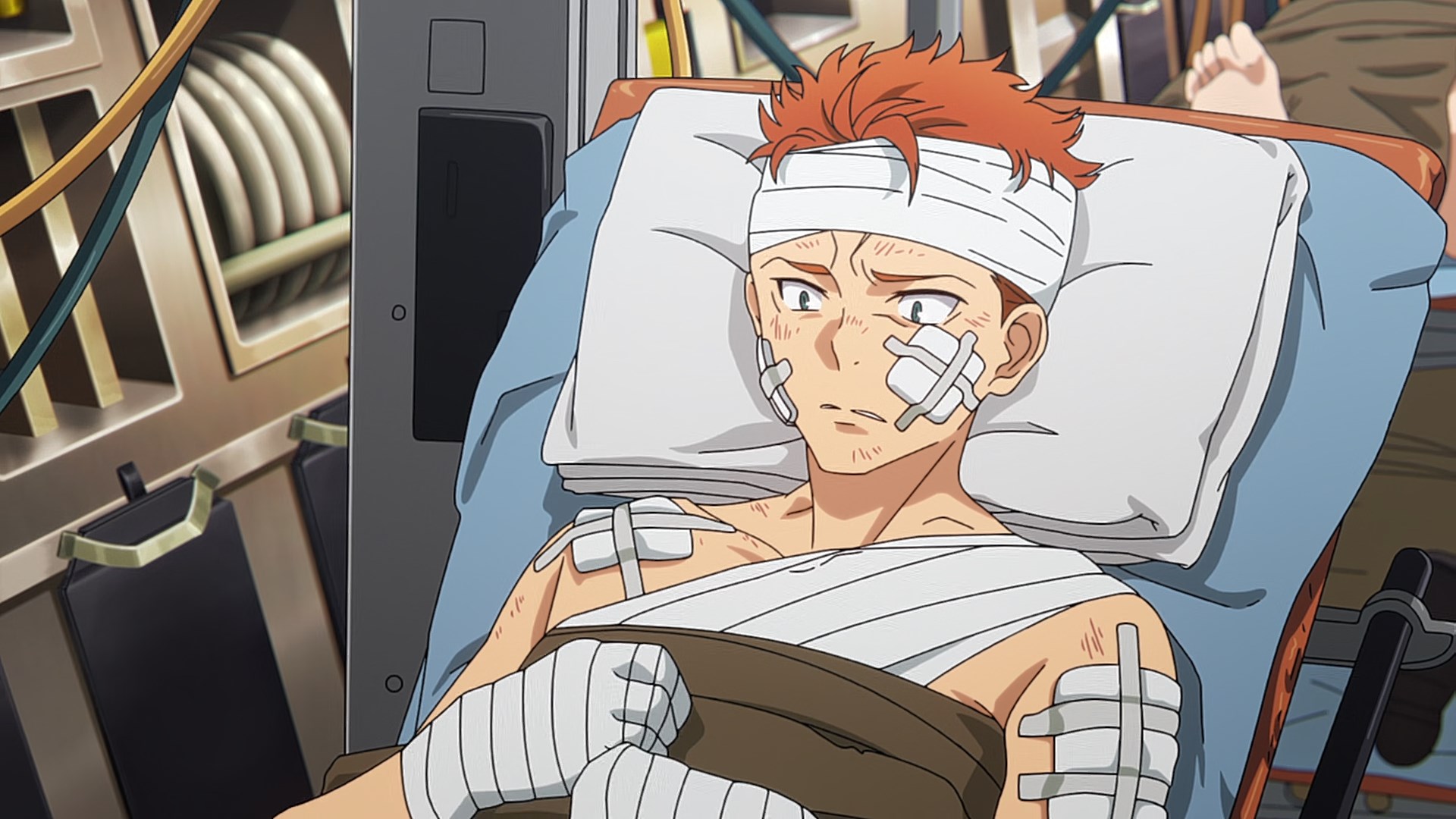 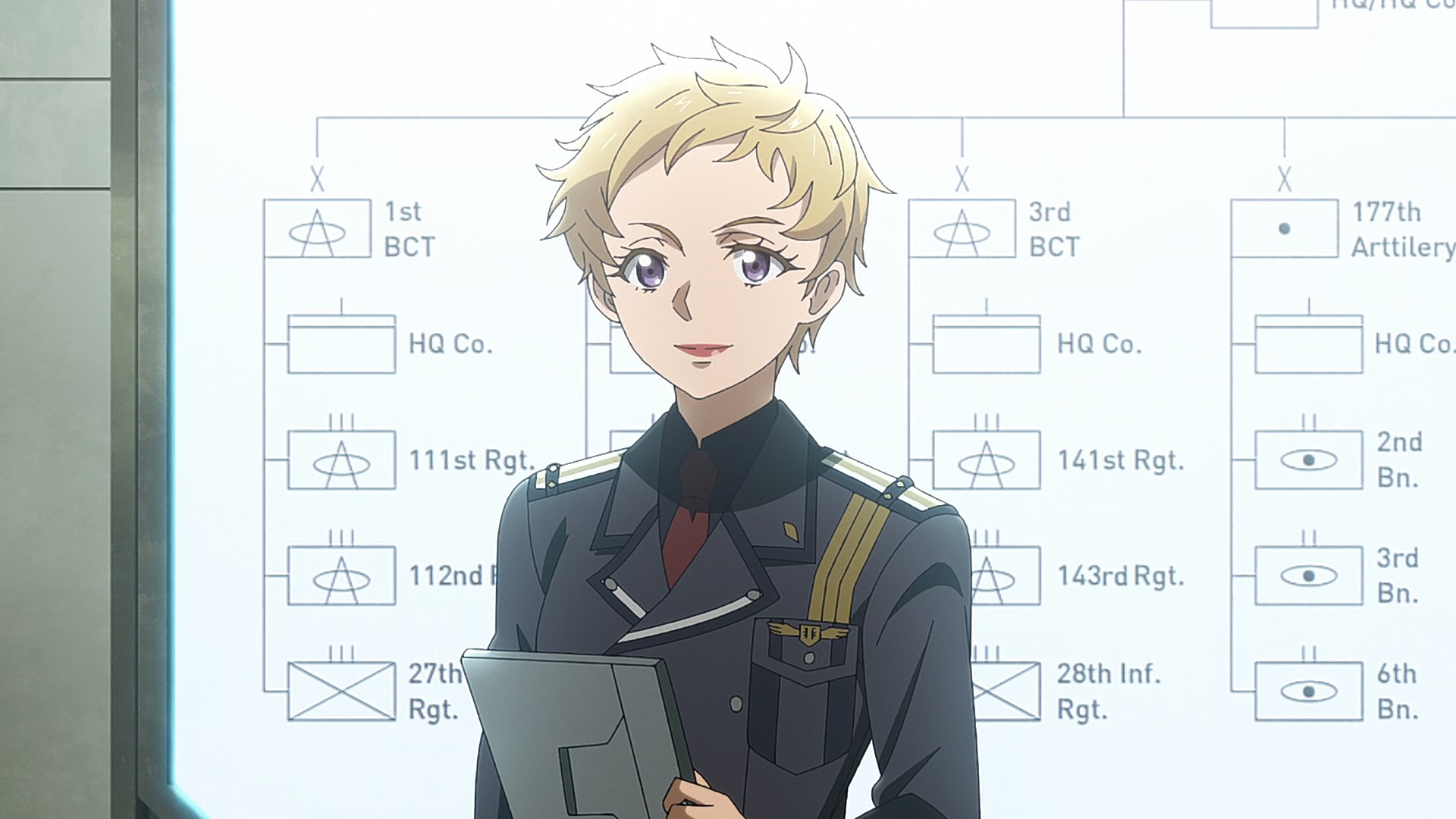 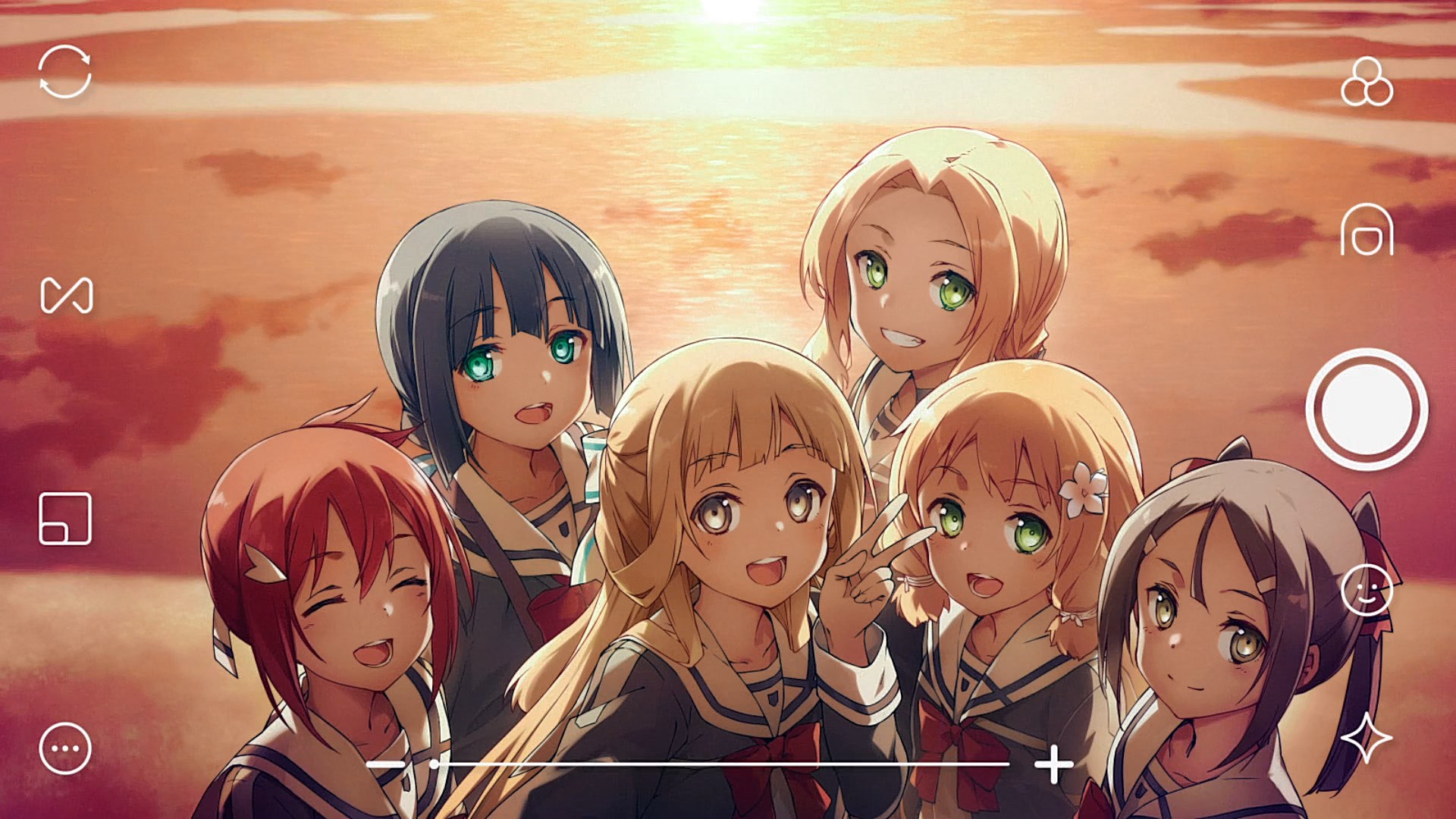 Yuuki Yuuna - The Great Mankai Chapter​
The third episode of Yuuki Yuuna has a bit of everything from action/drama to a bit of slice-of-life and comic relief that has almost become a signature trait for the series. It really does seem like things are kicking along rather quickly though as several events are thrown at the viewer in quick succession making it a bit tricky to fully grasp all the events that are unfolding. To keep things simple the tension in the battles is slowly escalating but those tense moments are tempered with down time to prevent the mood getting too sombre. There is something right at the end that throws everyone for a loop and raises a few questions about the whole dynamic of the plot. What mysteries will unfold in the following episodes I wonder?

The following is steeped in action as we witness the most epic fight this season has seen yet. It is tense and there is are a number of dramatic moments although I must say I did not fully dig the CGI used in this scene or the previous action scenes for that matter. Despite that pet peeve though there are downer moments so keep some handkerchiefs at the ready. I am being a bit extra but still it is a little sad. The biggest moments, at least for those who watched the earlier seasons, is the ending for this episode as developments here clearly put this season as a retelling of some major events. This is a relief considering how that show ended.

After watching the first four episodes I will say newcomers to the franchise should stay away. I feel what makes Yuuki Yuuna so much more enjoyable is the way you connect with the characters and with this extended cast that will be harder to do considering the limited screen time we get. That plus the somewhat confusing storyline that strings multiple seasons together means not only will new viewers be lost but there is a big risk to get majorly spoiled. For veterans of the series though there is much to be had and with things poised on a mystery footing I am sure these fans will want to know what comes next. I am sitting on the edge of my seat but still unsure if this will be true recommendation so give this a 7/10. 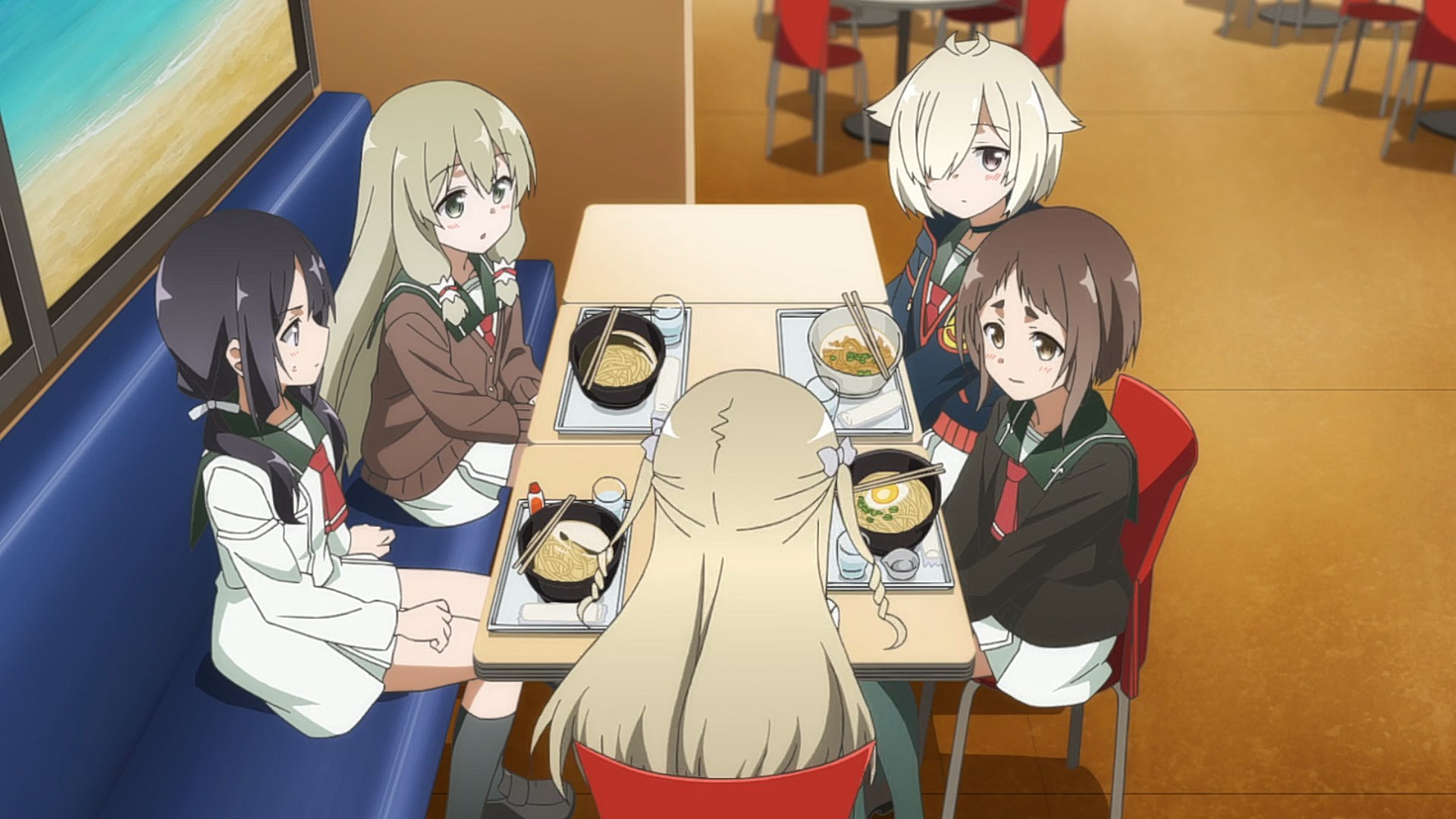 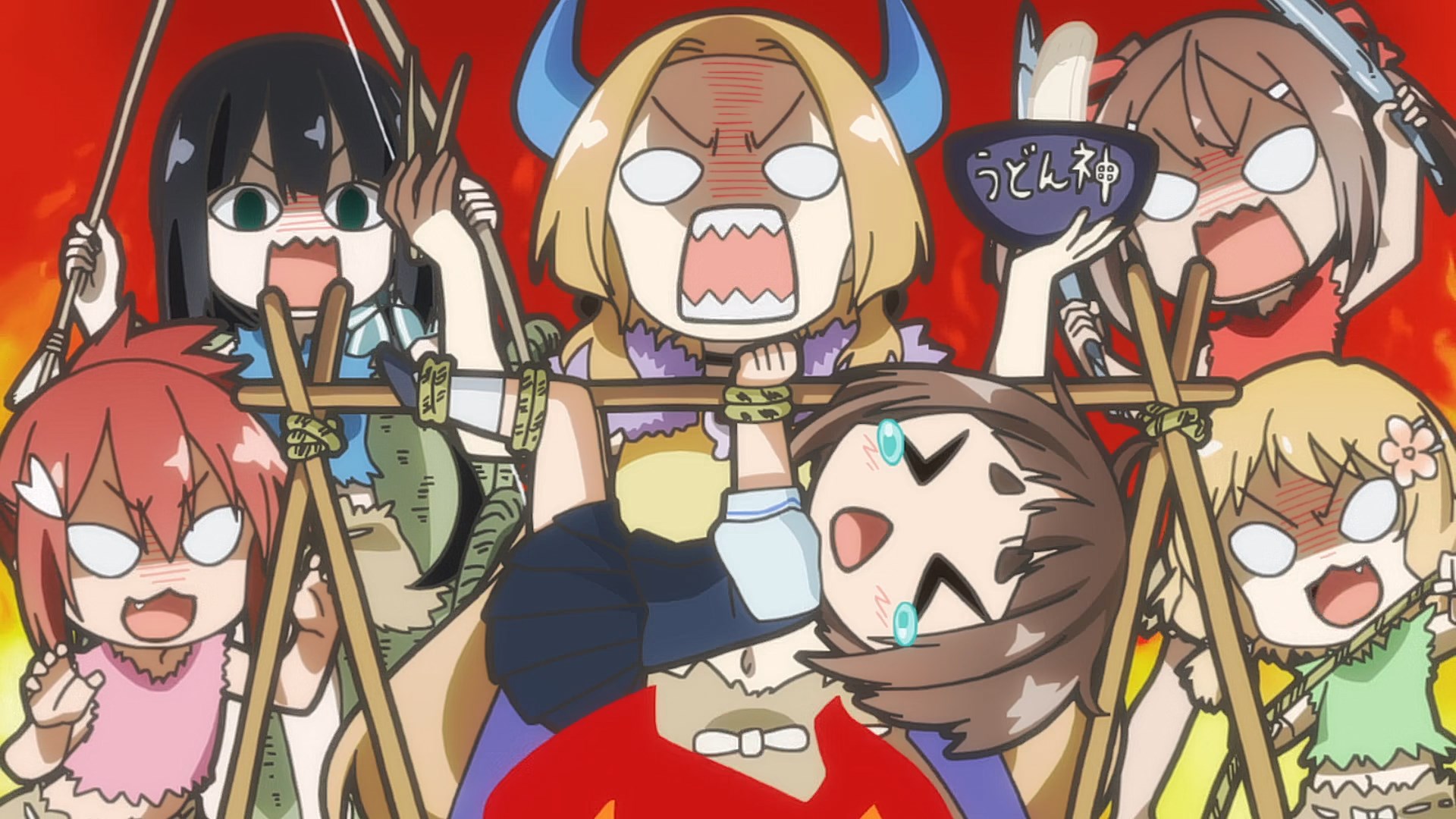 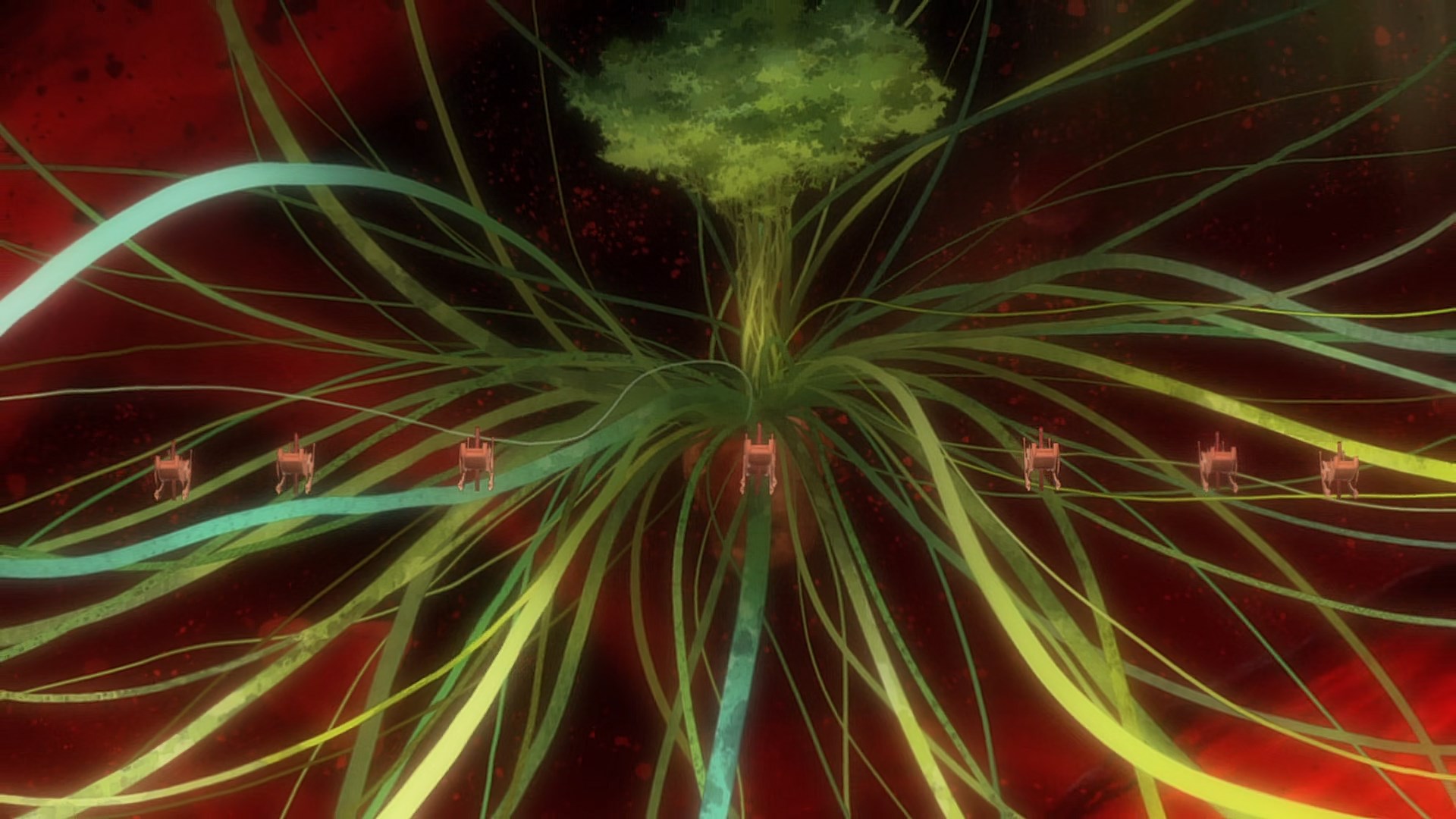 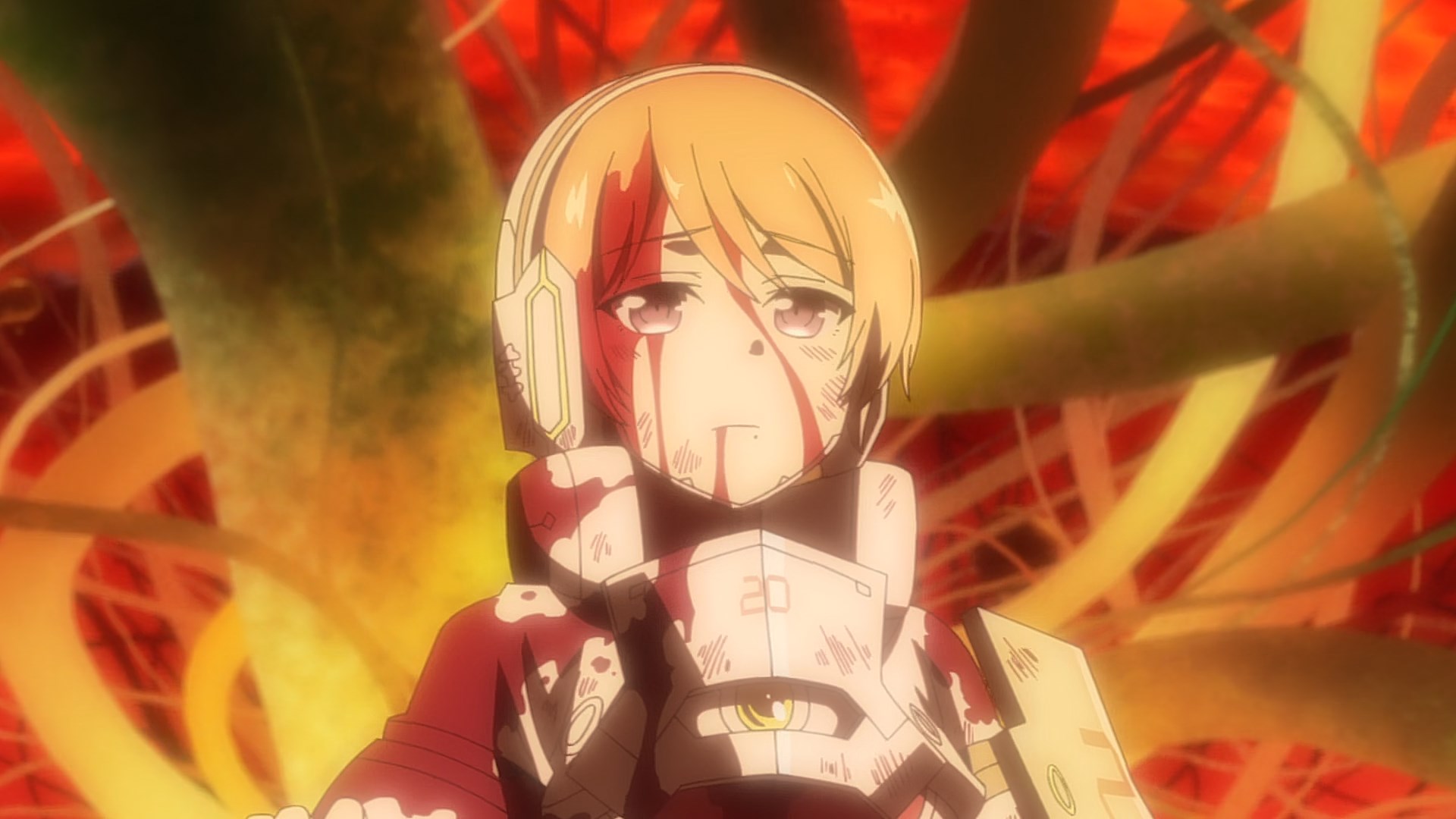 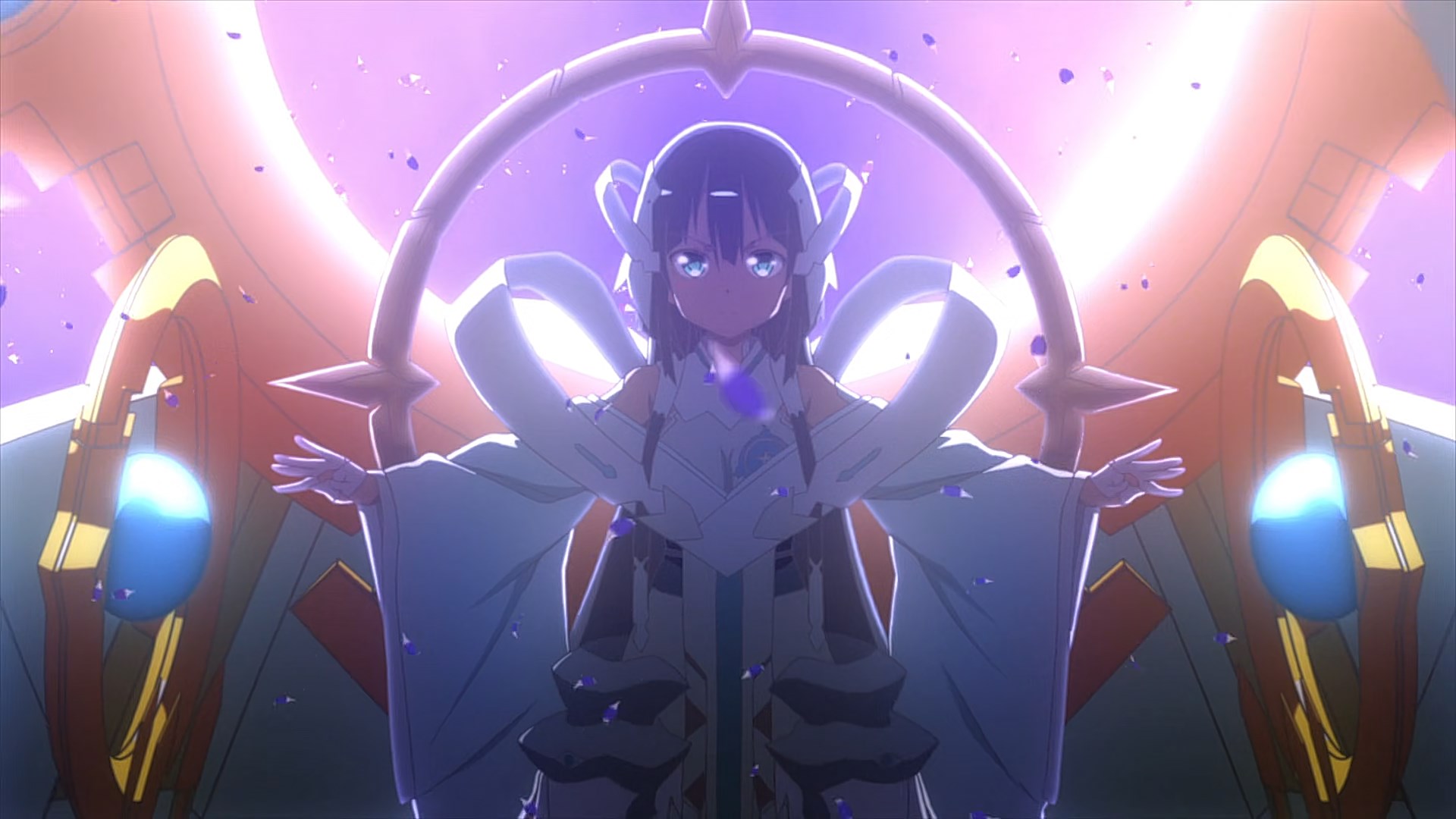 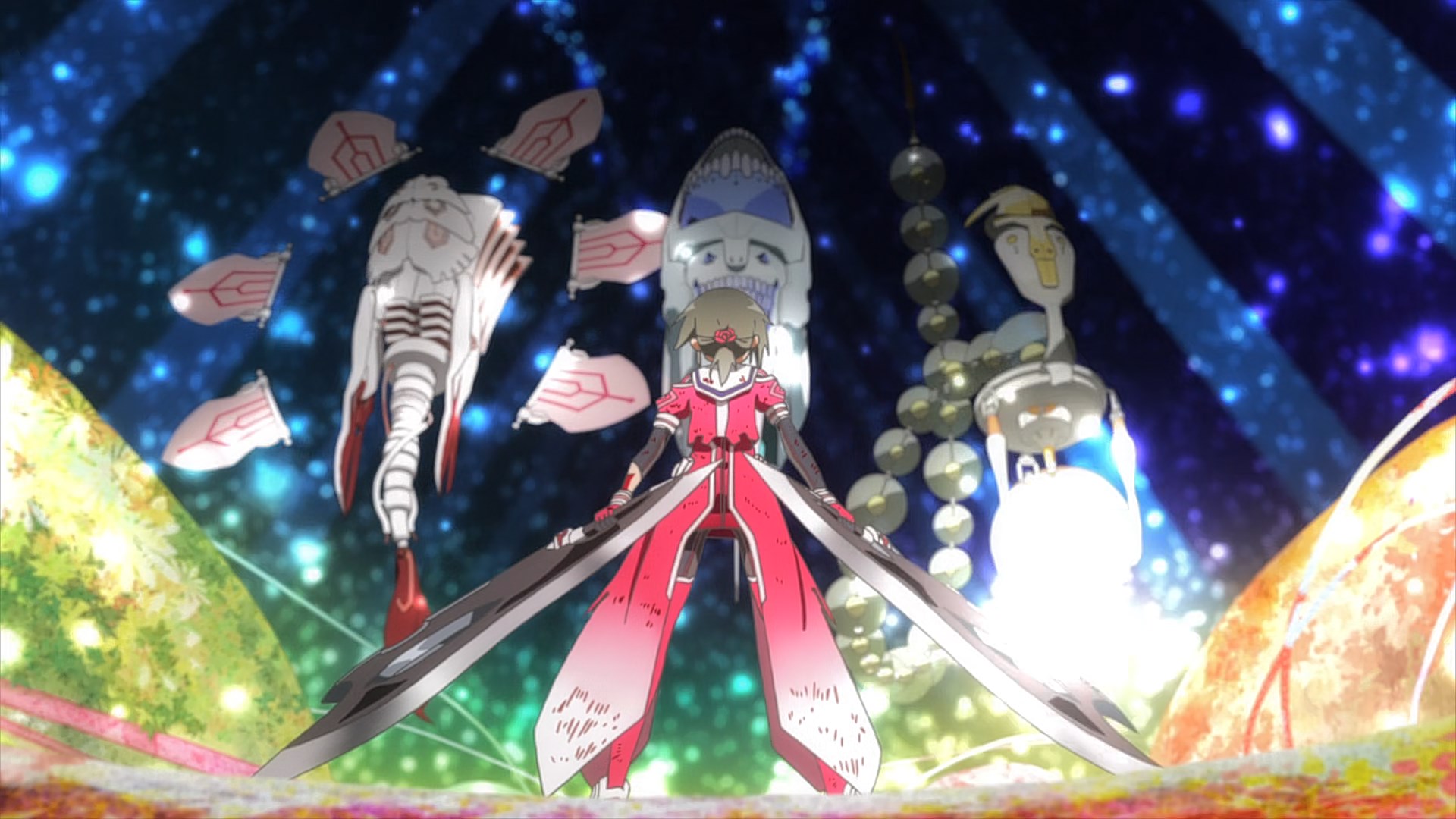