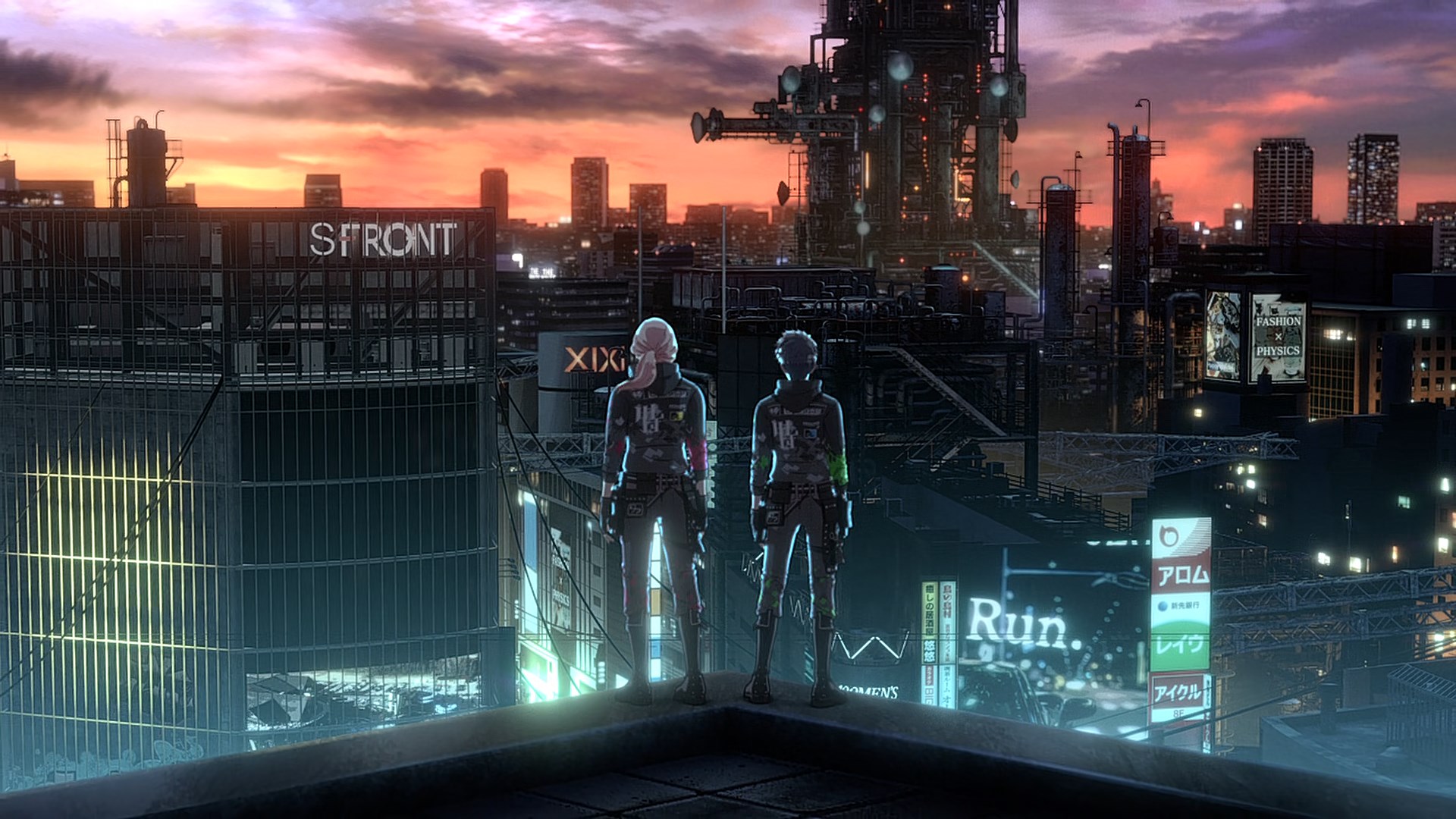 Night Head 2041 is a psychological dystopian sci-fi series and is a reboot of the Night Head Genesis anime which released way back in 2006. If you are curious to learn more about that show then read the review on the link below: 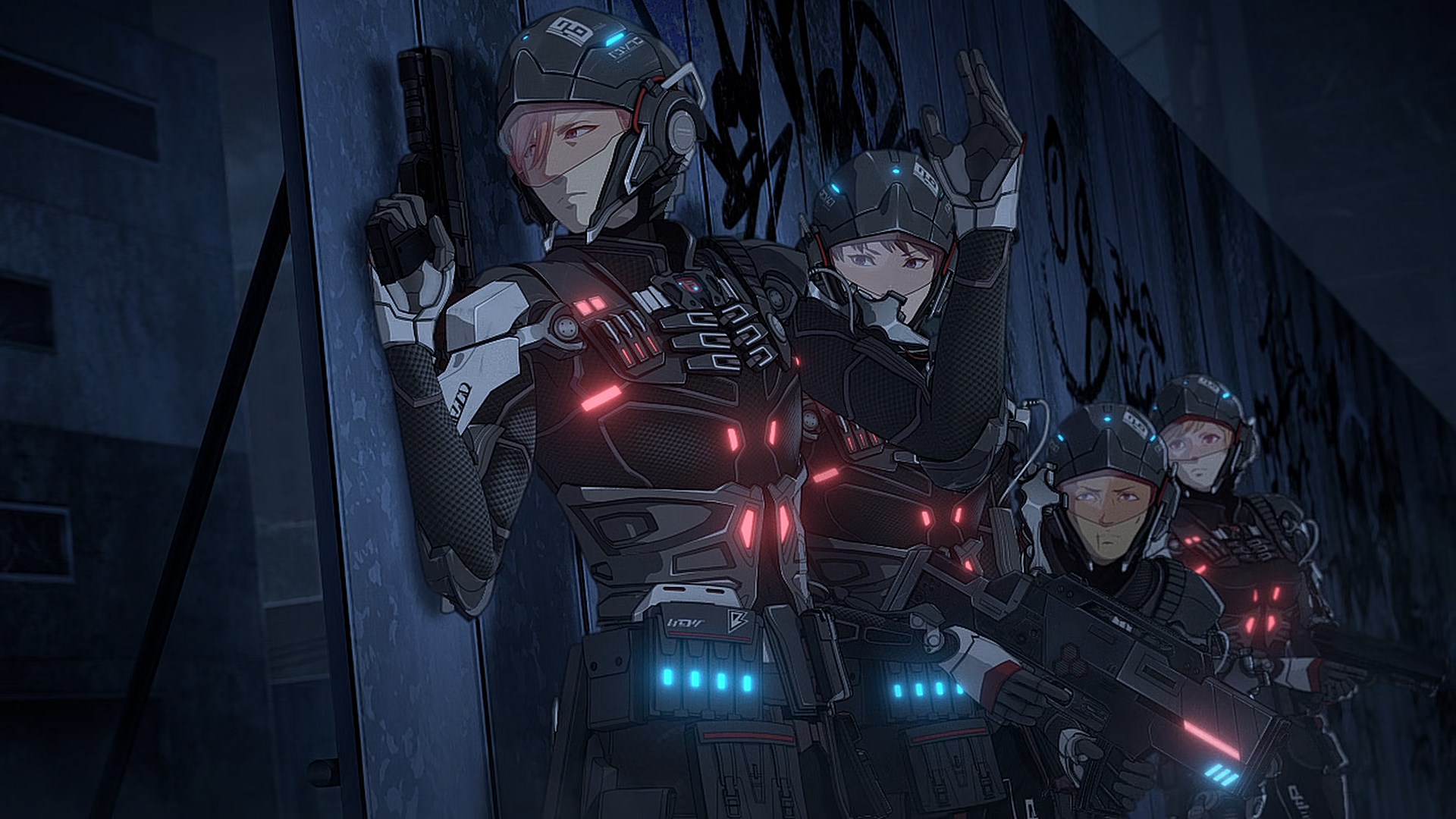 This leads to a premise for Night Head 2041 that whilst not original could spark interest as the main story focuses on a world where any speech or idea that relates to non-fictional writing or supernatural power is banned and actively suppressed. This suppression of free speech is enforced by a special forces unit named the Special Weapon Enforcement division (SWE). It is here where we are introduced to the Kuroki brothers, Yuya and Takuka who are prominent members of this elite group.

Soon after their introduction, the Kirihara brothers, Naoto and Naoya enter the fray and like before, both these brothers wield psychic powers which, in this world, is an abomination. It is this fundamental conflict between these two sets of brothers that largely drives the narrative of this show as their differing world views set the tone for the series. 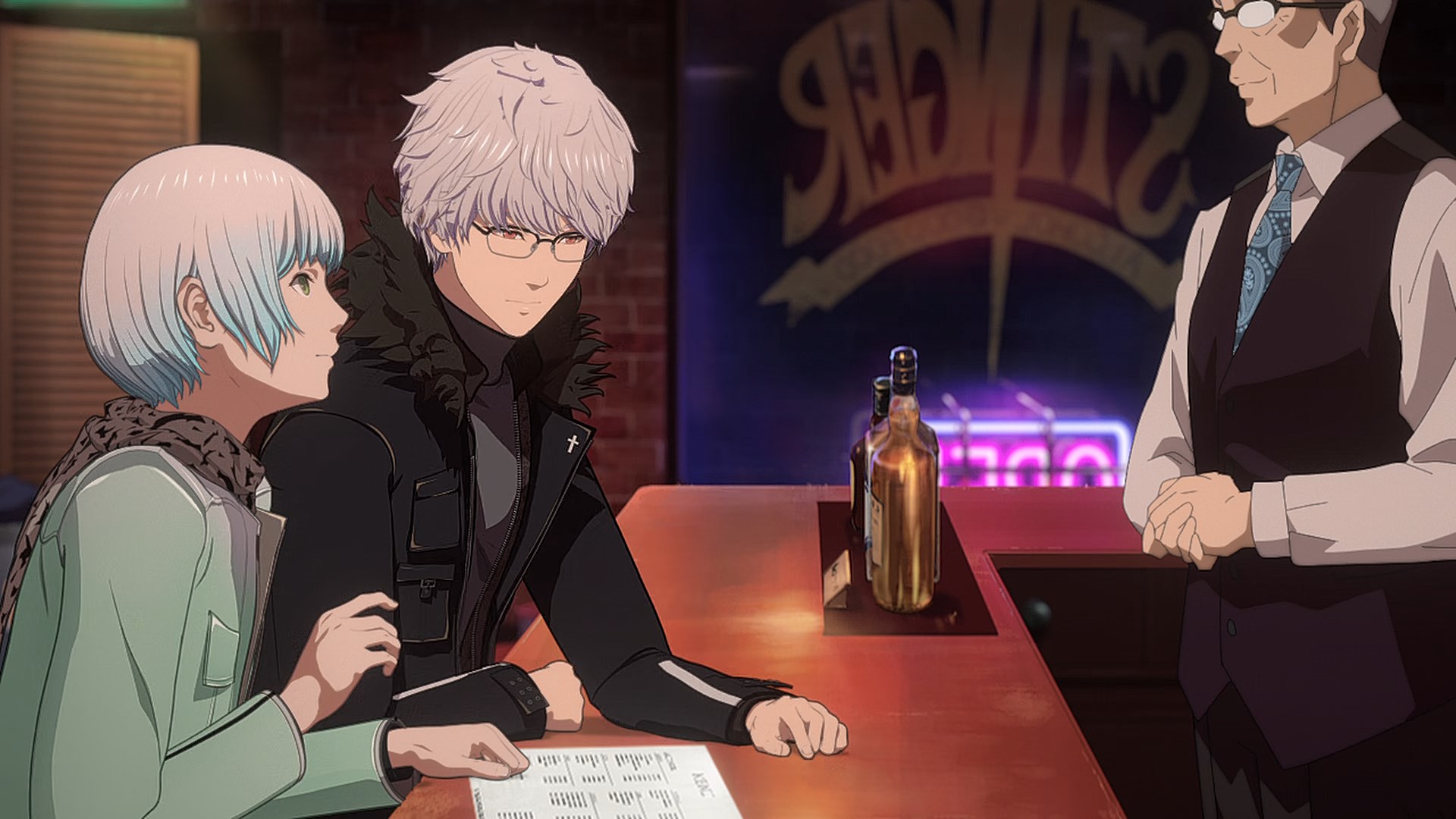 As one can expect, much of the early part of the plot is devoted to exploring the oppression and morality of this dystopian world as we largely see its dark side through the lens of the Kirihara brothers. In their travels to right this world they are often confronted by the SWE units which leads to numerous confrontations that culminates in various action scenes that blend sci-fi weaponry with psychic abilities. These scenes are enjoyable experiences but with one important caveat.

It is here where I will lay down a big disclaimer that can largely make or break your viewing experience. This anime is largely a CG series and it is these graphics that can put people off from the get go. Personally, I would have preferred this was animated in a more conventional manner but at the same time acknowledge that in terms of CG standards it was done well. However, if you actively oppose CG then avoid Night Head 2041.

Beyond these early scrimmages the series does take a curious turn in the middle of the series as this point when we learn more about the backstory and purpose of some key characters. It is a bit of a jarring shift in tone that can throw and even confuse you but if you persevere through this somewhat difficult passage then you will be rewarded as many of the key clues in the show’s mystery begin to be revealed and they all play a key role in the series climax.

It does pay to keep close track of both sets of brothers at this point as the mystery element only grows larger and larger as you progress through this part of the story. There are several key clues scattered here and they foreshadow a major reveal later on. If you can keep track of these key events, it will likely elevate your opinion of Night Head 2041 as the shows does a good job in tying several loose ends that are made earlier in the show. At times I did question if I would get closure with some of the madness but rest assured everything will make sense come the end as the series manages to land a good ending by wrapping things up in a convincing manner. Keen eyes are rewarded.

In terms of characterisation the biggest notable feature I can say for Night Head 2041 is that, like its predecessor, the major characters hold a strong brotherly bond. However, unlike Night Head Genesis where this relationship had an unhealthy level of co-dependence the way the relationships are portrayed here is much more enjoyable. Unlike before the brothers have a more mature and assured mentality and both characters, whilst clearly caring for each other are capable of independent action when push came to shove. They have clear distinct personalities which was not often there in the Night Head Genesis so if you have watched the original show then do not worry about these problems surfacing again. 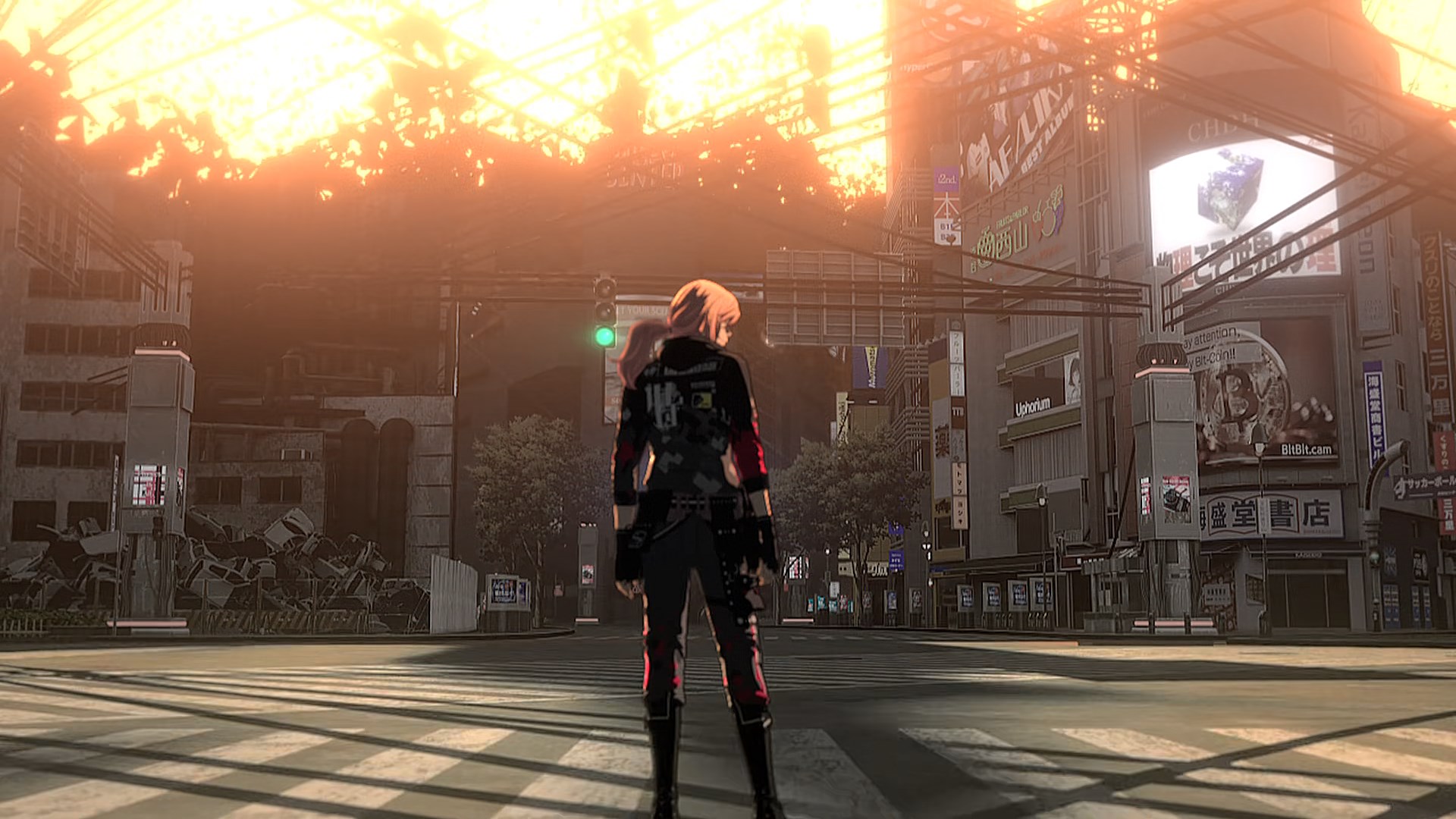 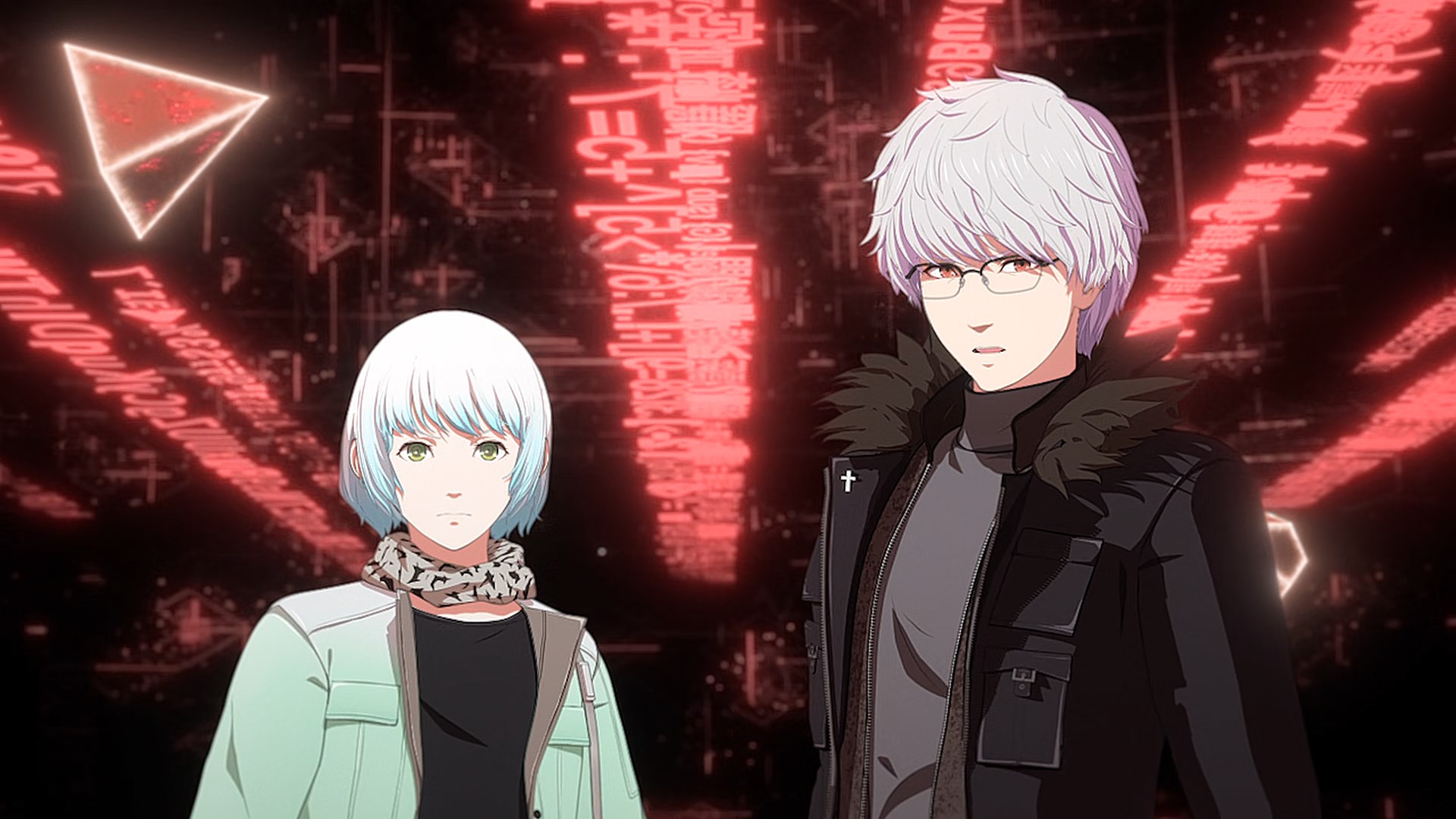 Beyond the key characters the other key shout out goes to the various antagonists who added depth to the plot. They are not simple villains as there is a logic and set of morals behind their convictions. In fact, in the rules of this mad world, the actions they took could easily be construed to be good. The logic behind their principles even poses questions as to whether they are doing the right thing and it is the Kirihaha brothers who are in the wrong.

As hinted before the CG animation will make or break it for many anime fans. Indeed, I feel it is these CG graphics that probably played a significant part in deterring many anime fans from watching Night Head 2041. For what it is worth, I thought it was a good effort but there are numerous times you could see its limitations. It is a shame really as the this is a type of show that could have benefited immensely with good animation. I did find the opening and ending songs were good but nothing outstanding. The opening song is "Icy Ivy" by Who-ya Extended while the ending is "Shion" by Myuk.

The CG graphics will likely be a showstopper for many but if you can get over this then what you will find is that Night Head 2041 is an interesting sci-fi that manages to blend action with mystery in a satisfactory manner. I say satisfactory because while the series was good it is not earth shattering. Saying that, it does end on a good note so you will likely finish the series on a high.

As such I would recommend this for the sci-fi fans who like a bit of dark dystopian action. Night Head 2041 does try something different in that regard and this idea is bolstered by the fact that the conflict and dynamic between the opposing brothers is a good one and nothing is completely black or white. Everyone has their flaws and there are definite greys and ambiguities in this series to keep you entertained and intrigued. If you want something different then Night Head 2041 certainly delivers on that just don’t expect to have your mind blown however.

Story 7 – Good premise that offers something a little different than most anime series. We also get a decent dose of action and mystery that keeps one engaged. The middle part of this story is a bit of a jarring experience that can be somewhat off putting but, in this case, perseverance is rewarded as much of the plot points are neatly tied up in the seasons climax.

Characters 6 – The Kirihara brothers are more enjoyable characters to watch this time however the character growth is not like it was in Night Head Genesis. Saying that the conflict and strive provided by the various antagonists not to mention the Kuroki brothers ensure you will remain engaged in the characters and the overall story.

Animation/music 6 – I thought it was a decent showing far as CG goes but this would be the pain point for MANY anime fans. If you do not like CG then knock two points of this score. The musical score was good and the animation within these segments was also nice.

Overall 6.5 – One for the sci-fi and action crowd who like a bit of darkness in their stories. If you can get over the CG then you will find this is a decent series that can offer something a bit different to your usual anime series. Saying that there are other shows that do a better job of delivering a good dark sci-fi story so if you have not watched it already, I would recommend Psycho Pass (season one only) or Ergo Proxy over this.

If you want a better look at the CG animation then take a peek at the Night Head 2041 in the spoiler tags below: 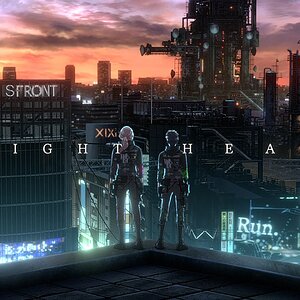 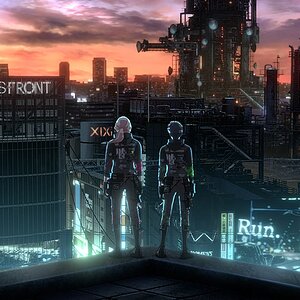 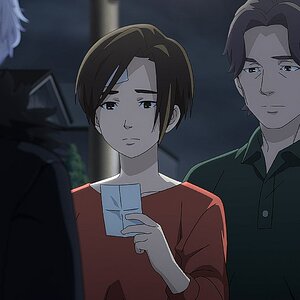 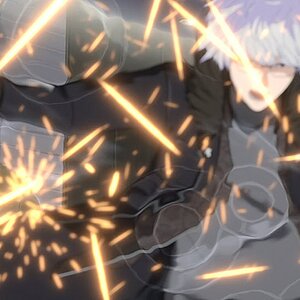 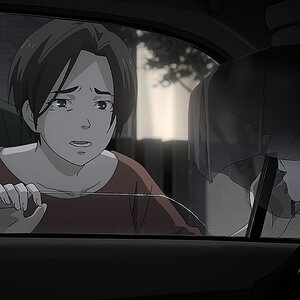 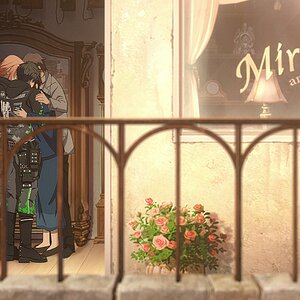 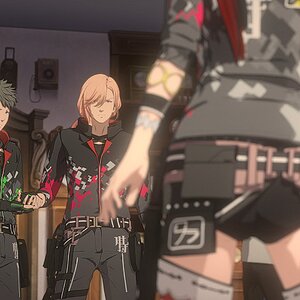 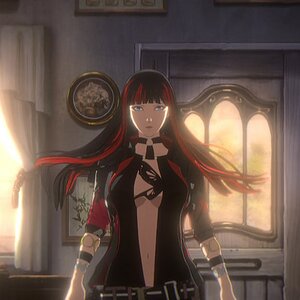 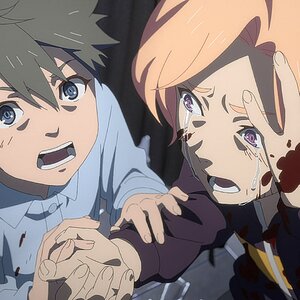